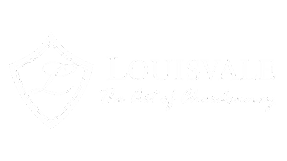 Louisvale is a wine-producing farm and function venue located in the picturesque Devon Valley area of the well-known Stellenbosch wine district and forms part of the Stellenbosch Wine Route.

Louisvale started producing wine shortly after it was acquired in 1988 by the previous two owners. Over the next decade, Louisvale built up a reputation for high quality wines and established a strong presence in retail and upmarket restaurants in Cape Town and Johannesburg. It also marketed wine in the United Kingdom and Europe and obtained shelf space in retail outlets such as Sainsbury and Harrods.

In the 1950’s Louisvale has been subdivided into two 30 hectare portions that were named Louisvale and Nooitgedacht and were under separate ownership. In 2010 Louisvale was acquired. It has approximately seventeen hectares of vineyards of which some fourteen hectares are planted with Chardonnay. This represents the maximum plantable area. Nooitgedacht was also acquired shortly after. It has fourteen hectares of Merlot, Cabernet Sauvignon and Shiraz grapes which were already established when the farm was purchased. The two properties are farmed as a unit.

With vines getting older, we have introduced new Chardonnay clones over the past 7 years. These consist of Chardonnay CY5 which is a Champagne Clone, Chardonnay CY95 & CY548A – which produce high quality Chardonnay, Cabernet Sauvignon CS338 & CS23A and Sauvignon Blanc SB11R. All vines are grafted onto American Rootstock. Louisvale believes in the “Art of Chardonnay” and we are tirelessly committed to our task of crafting and creating Chardonnay of the highest standard.

We are proud that since acquisition our winemaker Simon Smith has been pivotal in our efforts to raise quality and this has led to numerous awards and accolades being received.

Louisvale is nestled in the foothills of the 3 million-year old Cape Folded Mountains and as a result a novel approach was taken for the newly built function area that is adjacent to our hundred year old manor house, which was rumoured to have been designed by Sir Herbert Baker but was more probably designed in his style rather than by the old master himself. The new design takes all the history into account.

The first man-made structures in the area were created by the Nomadic Khoekhoen. Their domed structures were made from Taaibos laths, covered with woven reed mats and animal skins. During the winter months they lived inland, closed to the water sources and during the summer months they moved to the coastal zone where they lived off seafood such as Perlemoen and Allekrik.

European settlers arrived in the area during the 17th Century. They brought with them vines, Oak trees and built white lime washed, plastered houses with gables reflecting patterns from their home countries.

The Rheinzink dome façade peels away in strategic places into organic curved shapes to maximize the views of the nearby Cape Folded Mountains. These glazed, cave-like openings also reflect the shapes of the openings in Perlemoen Shells. The design pays homage to our ancestors and acknowledges the role played by former owners, workers and occupants. It reflects our belief that land is lent to us for our use but belongs to mankind. It is a privilege to share our vineyard with others. Louisvale is focused on creating an unforgettable guest experience in a setting with a magnificent 280 degree view and wine to compliment the beautiful vista offered by Devon Valley. There is more on offer than just wine – weddings, functions, wine tastings and menu options catered to your every need. The Louisvale Team will strive to make your experience here most memorable.

OUR MOST POPULAR WINES